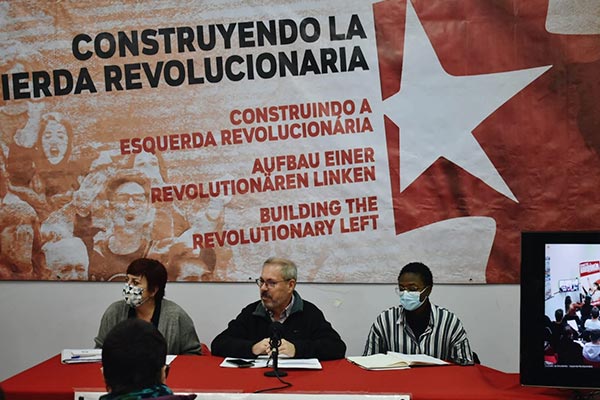 On the 13th and 14th of November, with the participation of more than 230 comrades from the Spanish State, Portugal, Germany, Mexico and Venezuela, in person and online, we held the second Congress of the International Revolutionary Left.  More than 35 contributions over a day and a half addressed the main processes of the world class struggle and the tasks of our organization for the next period.

The joy for being able to meet again after the nightmare caused by the Covid-19 pandemic and the determination to continue building the forces of Marxism were reflected in the enthusiasm that filled each of the sessions, and in a collection that broke all records: more than 21,000 euros by the attending comrades. For sure will increase in the coming weeks when the conclusions of the Congress are discussed in all branches and sections of the Revolutionary Left This inspiring meeting has undoubtedly reaffirmed each and every militant in the future of the ideas and methods of genuine communism. 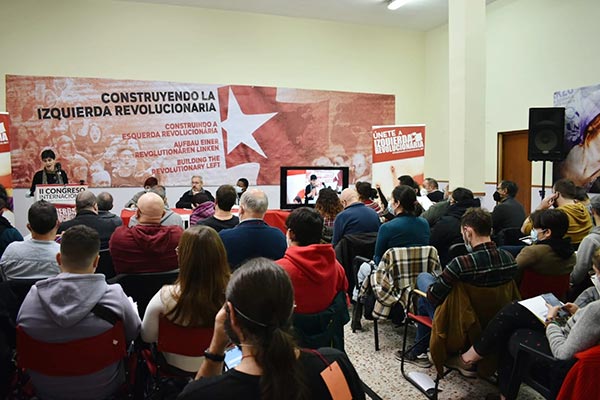 During three sessions we discussed international political perspectives and reports from the different countries and fronts of the class struggle in which we intervene on a daily basis.

During three sessions we discussed international political perspectives and reports from the different countries and fronts of the class struggle in which we intervene on a daily basis.

The part dedicated to the world economy was very extensive, both in the introduction and in the contributions.  Never before in history socialization and internationalization of production has gone so far. Global value and supply chains, the colossal development of transport, electronic commerce, advances in information technology, microelectronics, quantum computers, artificial intelligence... are the essential objective elements for a rational planning of the productive forces that could solve human needs, and that can also be absolutely respectful with the environment.

These elements are not only located in a handful number of developed countries, but are a reality for the whole globe. But, nevertheless, free market economy and imperialist rule offers us a complete catastrophe in all áreas. We have suffered it during the year and a half of the pandemic, with more than 5 million official deaths and 150 millions infected, and with the unparalleled ecological devastation, which directly threatens the survival of humankind and its natural resources.

Stagnation, the inability to get out of the crisis, has been reflected in the resurgence of inter-imperialist tensions and the struggle for world supremacy between the US and China. A crucial aspect that was discussed deeply throughout the debate. This process, which gained speed after the Great Recession of 2008, has suffered a turning point after the humiliating defeat of US imperialism and its allies in Afghanistan. The rise of China as a superpower and the extension of its political, diplomatic and military influence, which develops great transformations in international relations, deserves full attention by Marxists, as does the particular state capitalism of Xi Jinping’s regime.

The battle between the two great powers has entered a new stage with clear repercussions in the European Union, who’s position as an unconditional ally of the US is also being undermined. The reformist left tries to sell us the benefits of ‘democratic’ Europe and a supposed shift in the management of this crisis, but the agenda of cuts and austerity is the only reality that is being imposed.

Of course, centrifugal trends are hitting the EU very hard. The chaos caused after Brexit, the conflict with the Nord Stream 2 gas pipeline, the crisis of German capitalism and the great lost of the CDU in the last elections, the new position of Russia in this great game on a world scale or the horror that thousands of refugees suffer on the Belarusian-Polish border are some of the burning issues that we also discussed.

This factor adds up to what happened in the last year and a half, when the pandemic has precipitated an unprecedented sanitary, social and economic catastrophe. The millions killed and infected, the wild growth of poverty, mass unemployment and growing inequality, are the best proof that capitalism does not work for the great majority.

The gap between rich and poor has never been greater and this is fueling widespread social unrest, especially in the regions hit harder by the virus such as Latin America.  During the meeting we were able to study the processes of revolution and counterrevolution of the continent: the insurrections in Chile and Colombia, the split in the Castillo government in Peru, the crisis of Bolsonarism and the commitment of the Brazilian bourgeoisie to Lula, the results of the Argentine elections, the debate on slogans such as the Constituent Assembly... We are living a fierce class struggle with maximum social and political polarization. 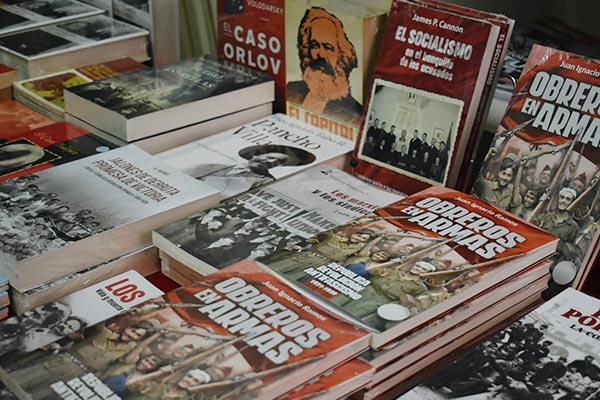 Another aspects that we highlighted were the spectacular advances in our revolutionary finances, the efforts made to regularly produce our newspapers, and the tireless work in the field of theory.

Collapse of reformism and class struggle

The system has lost its internal balance and the traditional forms of domination of the bourgeoisie are being shaken. The crisis of parliamentarism is undeniable, and the new organizations of the reformist left have failed in their defense of a capitalism with a human face, more social, just and ecological. Die Linke, La France Insoumise, Bernie Sanders, Jeremy Corbyn or Unidas Podemos… have suffer a programmatic and strategic debacle.  Rejecting a policy of class independence, betting on social peace and national unity and, in practice, pledging their loyalty to the system, they are generating a very important disenchantment among tens of thousands of activists. With this policies, they are completely powerless against the rise of extreme right movements.

Despite the scab role of this social democracy 2.0 and the union bureaucracy around the world, despite all the objective and subjective difficulties imposed by the pandemic, what is truly astonishing is the enormous explosion of revolutionary mobilizations and insurrections in numerous countries in response to the offensive of the bourgeoisie. We are aware that reestablishing the program of revolutionary Marxism as a guide for the action of the oppressed faces very important obstacles. Not seeing this would be stupid. But it would be even more stupid not to see the general dynamics and direction that world events are taking.

Specially exciting were the reports of our intervention on the main fronts of the class struggle. In the labor movement, where our trade unionists have participated in the numerous conflicts that have been unleashed these months, from Nissan, Airbus, and the metal strike in Cádiz in Spain, the 20/32 movement in Mexico or the struggle of the workers of the Government of Anzoátegui in Venezuela.

The youth protests that we have promoted through the Student Union, leading mobilizations against LGTBIphobia, fascism and racism, which also the Portuguese youth is embracing strongly. Participating in the fight against climate change, alongside millions of young people defending an anti-capitalist environmentalism. In the movement of working women, with our revolutionary feminist organization, ‘Free and Combative’, achieving very important victories: in Mexico taking the guilty verdict against a repeated rapist or in the Spanish State promoting the ‘Justice for Paz’ campaign that ended with an exemplary sentence to the murderer of our comrade.

Another aspects that we highlighted were the spectacular advances in our revolutionary finances, the efforts made to regularly produce our newspapers (El Militante, Militant, Euskal Herria Sozialista, A Centelha, Offensiv...), the tireless work in the field of theory, with hundreds of articles published on our websites and dozens of new books published by the Federico Engels Foundation, which already has its first titles in Portuguese and German. 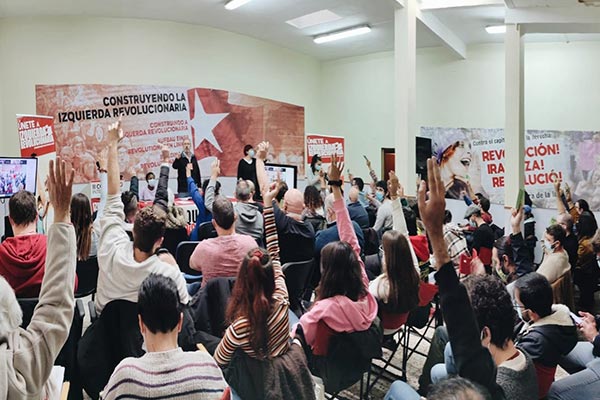 An inspiring meeting that has undoubtedly reaffirmed to each and every militant in the future the ideas and methods of genuine communism.

The working class and the youth are the most powerful force. But these forces need a conscious organization, a revolutionary party capable of facing the great challenges ahead. Armed with the program of scientific socialism and Bolshevik methods, with the accumulated experience in this turbulent period, with a new and extensive layer of cadres that have been forged under very harsh conditions, we know that there is no other way.  And we will not give up the effort. 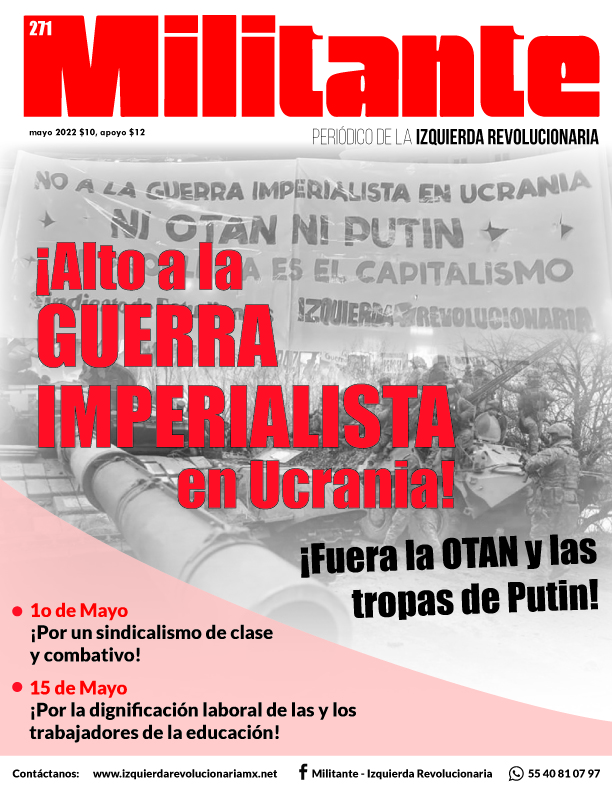 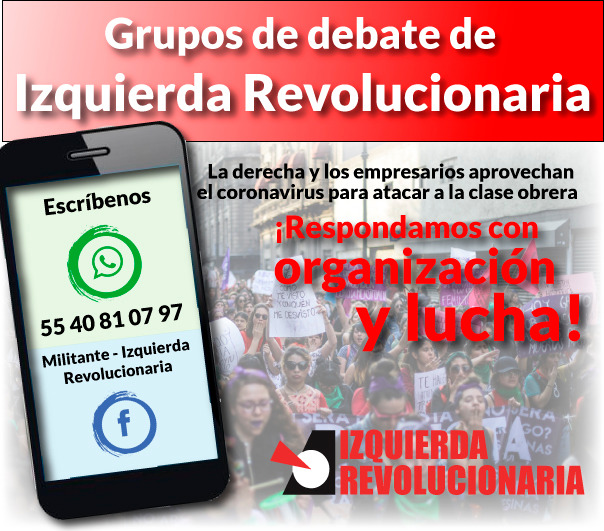